With a decent subway system, buses and streetcars, getting around should not be a problem. The city centre consists of a series of interlocking neighbourhoods such as the banking district between Front and Queen Streets (west of Yonge Street). Take a stroll down the boisterous street-life of Chinatown and artsy Yonge Street, which bisects the city from north to south. If you’re into baseball, check out a Blue Jays game at the Rogers Centre (formerly known as the Sky Dome) next to the Air Canada Centre. It’s the first stadium in the world built with a fully retractable roof.

The Air Canada Centre, also known as The Hanger, is one of the busiest arenas in the world, home to the likes of the Maple Leafs and the Raptors. It’s connected to Union Station and the underground pedestrian path system and has plenty of parking spaces nearby. Located in the southern part of the city centre, the ACC is very easily walkable from anywhere in the adjacent areas. Be warned that concession prices on food and drinks in the arena are through the roof so prepare for it and have drinks during the Toronto Wishlist Preparty at the Loose Moose instead.

As was the case on the 2005 Canadian tour, at the same time as the Pearl Jam shows will be the Toronto International Film Festival. This may either be a blessing or a nuisance for you, as the Film Festival attracts a ton of tourists that may book up all your hotel spots. So book your accommodations ahead of time. If you are spending some time in Toronto, it is nice to check out some new flicks and, who knows, there may be a certain movie out about a certain band around that time. Also if you’re in Toronto a week or so before the Pearl Jam show, the Canadian National Exhibition will be on until Sept 5. Now on to the goods.

Thanks to local Pearl Jam fan Melanie Fish for a bunch of these recommendations. Go Canucks!

CN Tower
Probably the iconic symbol of Toronto, the CN Tower is the world’s highest free-standing tower. It offers views of up to 160km (100miles) as far out as the US border looking outwards on a clear day and over 550m (1800ft) to the ground through a glass floor section looking downwards. There is a restaurant up there called Horizons which has spectacular panoramic views of the city.

Hockey Hall of Fame
If you’re into hockey, the Hockey Hall of Fame is a must and if you’re not, well, it’s still worth checking out. Located right across the street from Union Station, the hall of fame has the largest collection of hockey memorabilia as well as many interactive exhibits making it one of the best Hall of Fames in sports. While you’re at it, head down to Wayne Gretzky’s restaurant at 99 Blue Jays Way to check out the Great One’s memorabilia.

St. Lawrence Market
The St Lawerence Market is ranked as one of the best markets anywhere, and with good reason. Hit up Buster’s for one of the best fish sandwiches you’ll ever have, or head downstairs to try a healthy sized eggplant and chicken parma sandwich. If you come here on Saturdays, there will be a lovely farmer’s market on the north side. Another cool market to check out is Kensington Market near Spadina Ave and Dundas St.

Queens Street West
An old warehouse area in the 1980s, Queen Street West now buzzes with a young vibe. It is a nice place to hang out along with Yonge Street. If you want to shop, check out Eaton’s Centre.

Art Gallery of Ontario
If culture is more your thing then check out the Art Gallery of Ontario, which holds one of Canada’s most extensive collection of fine art and modern sculpture. Other galleries worth seeing are the Toronto Dominion Gallery of Inuit Art, the Royal Ontario Museum, or the Bata Shoe Museum.

Island Harbour Tour
If you have time, taking an island harbour tour is quite nice. The ride lets you enjoy the scenic Toronto skyline, and gives you a close up look at the beautiful Toronto Islands and waterfront. 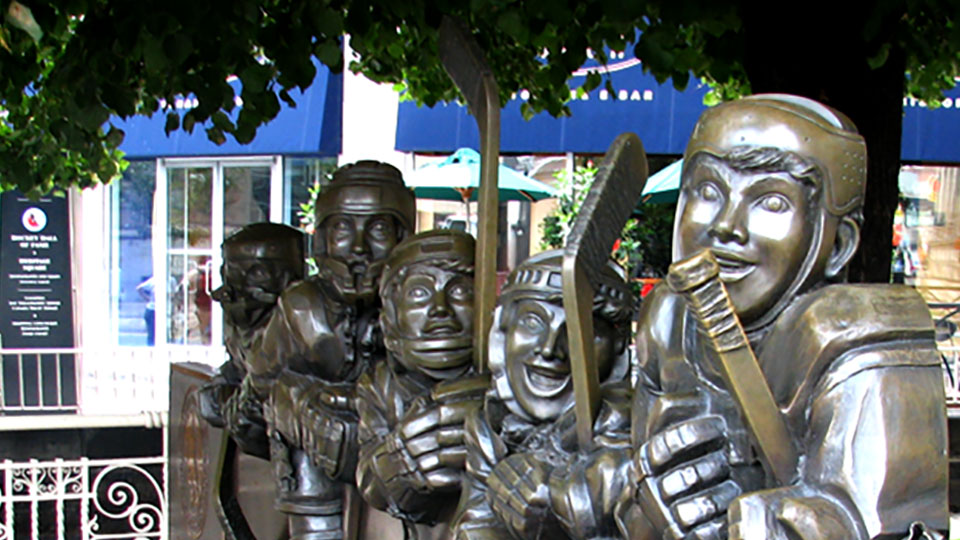 This is where it gets tricky around the film festival time. Book your hotels and hostels early or there will not be any vacancies in the entire city.

There is the Delta Chelsea located around College and Yonge area and The Sheridan (Queen and York) among other hotels in the downtown core. There is a hotel that just opened at Maple Leafs Square pretty much right at the Air Canada Centre but don’t know how affordable it is.

Queens Street West has a bunch of great, cheap places West of Spadina Ave and all are one off places with lots of character. More specifically, the places mentioned below are recommended by Brett Bogucki, who is a chef in Toronto and a Pearl Jam fan as well. Thanks Brett.

The Black Hoof – 928 Dundas Street West
If you like meat, mainly pork, have an adventurous (brains anyone?) appetite, then this place is for you. Widely regarded by cooks as the best place to eat in TO, it also sports a pretty kick ass cocktail, beer, and wine list. Go in groups so you can try several dishes, if not 3/4 of the menu. I’ve been 8 or 9 times. I can’t say that about any other restaurant.

Guu Izakaya – 398 Church St
If you like a noisy, energetic place that serves some of the city’s best asian food (also if you like Black
Hoof, you’ll like here). Features several Asian beers on tap, a large sake bar, and again, plates are ideal for sharing. If it’s as good as the Guu Izakaya in Vancouver, then you’re going to love it.

Pizzeria Libretto – 221 Ossington
Simple, done in a wood burning oven, and located close to a tequila bar! Also check out Papa Ceo’s on Spadina Ave near University of Toronto.

The Beast – 96 Tecumseth Street
A great spot for brunch. The menu changes frequently (weekly or so), the food is great, affordable, the OJ is squeezed fresh, and the coffee is french pressed, and comes with timers telling you when to push down.

Woodlot – 293 Palmerston Ave (Little Italy)
For what I would consider a great date place, go here. Simple food, done very well with local ingredients.
Best example of what a locovore restaurant should be.

Japango – 122 Elizabeth Street
VERY (cant emphasize that enough) small place, but with the best sushi in TO one could have without breaking the bank. If you go, you HAVE to get the oyster shooter. HAVE to!

Oliver Bonacini Restaurants
On the more pricey end, check out any of Oliver Bonacini’s restaurants. He has about 7 or 8 one off places that are all great. Canoe has a spectacular view but is one of the more expensive ones. 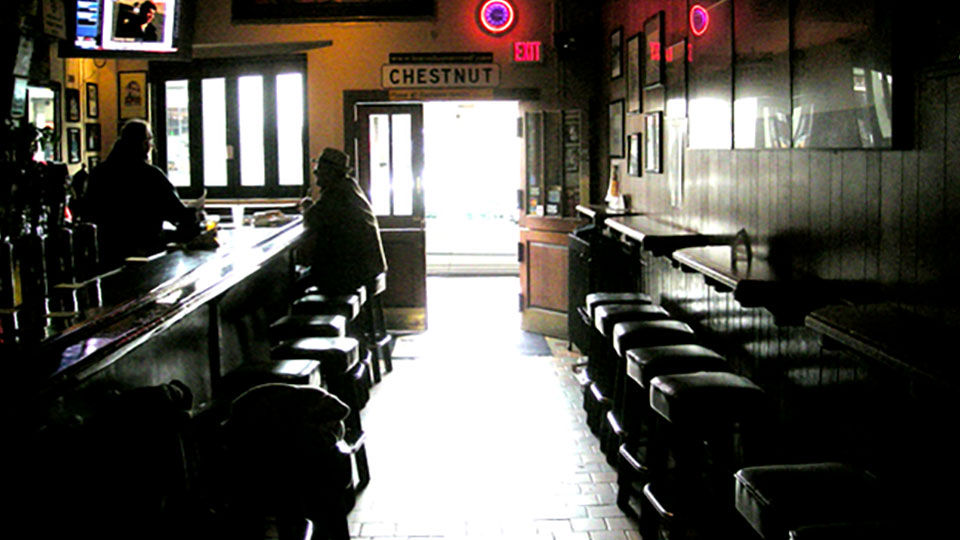 As with most major metropolitan cities, there are no shortage of places to go at night. Most of the good clubs and bars are along Richmond or King Streets.

Horseshoe Tavern
This legendary rock n roll bar is a great place for live music and it just reeks of history. It’s kind of like the CBGB’s of Canada. Definitely have a drink here.

C’est What
What I regard as the city’s best place to grab a pint that you haven’t tried before or hadn’t had in a while. It features Ontario and Quebec craft breweries. Sit at the bar, tell them what you like, they’ll give you a taste of what they think you’ll like, and then order your pint or have another taste.

Smokeless Joe’s
Great place for a pint and also has the city’s best mussels and some pretty good oysters too.

Real Sports Bar and Grill
It’s HUGE with a screen that any sports enthusiast should check out at least once.

Toronto is a large city, similar to most large cities in the US. You’ll enjoy the ease of getting around and the friendliness of the locals. Pearl Jam enjoys it so much that they are playing 2 shows here.