Montreal is the second largest city in Canada. It’s official language is French but, being a large international city, everyone speaks English as well – more or less. With the French influence, the province of Quebec has a style closer to Europe than that of North America. But Montreal is more North American than the rest of Quebec.

The city is fun with great food, lovely architecture and an artsy feeling throughout. It’s a little different from other places in the country, but in a good way. You could say that it’s the New Orleans of Canada without “drinking on the streets” being blatantly legal. It was definitely one of our favourite stops on the last Pearl Jam Canadian tour and you can tell that the band enjoys playing here as well. I loved it so much that I moved here for the summer a few years ago because I wanted to experience the festive atmosphere first hand.

Thanks to the two major Universities, McGill and Concordia, being located in the heart of the city, the downtown is very lively. Montreal is known for its street festivals in the summer time such as their world famous Montreal Jazz Festival and Just For Laughs Comedy Festival, which takes up most of the summer, while shutting down major streets to accommodate pedestrian only traffic during these events. And if the weather is nice, other streets are shut down to hold block parties with restaurants and shops spilling onto the streets just because it’s a sunny day. Needless to say, Montrealers enjoy life.

With Pearl Jam’s show being held at the Bell Centre, you will be conveniently located right in the center of the city. It is near all the good stuff – rue Saint-Catherines, rue Saint-Laurent, rue Saint Denis, and Old Montreal – so you’ll enjoy your stay and will want to move here for a summer yourself. 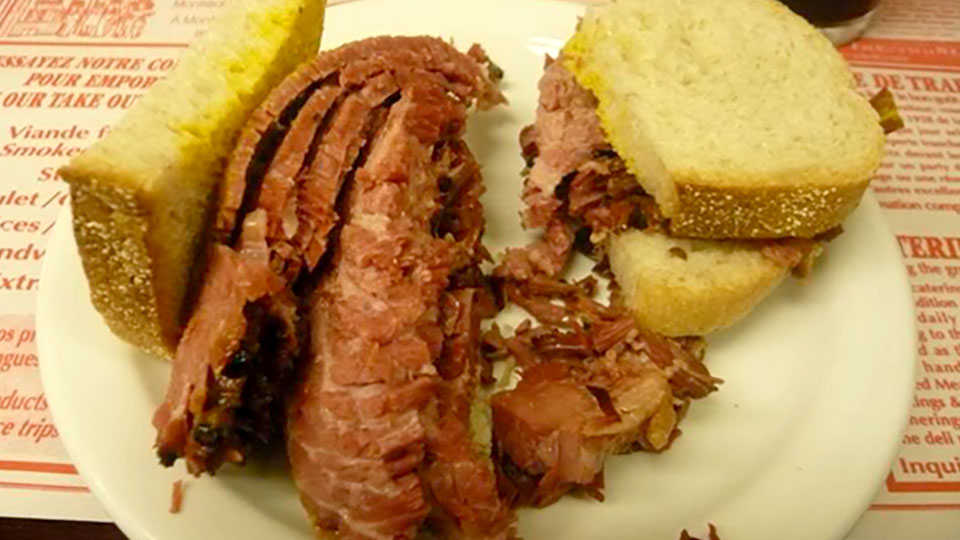 Old Montreal/Old Port
The cobblestones of Vieux Montreal gives it the European character. It’s about a 15 min walk from central or a couple stops on the metro. There are shops, cafes, restaurants, bars and scenery that you will not see anywhere else in North America. Definitely worth checking out. The Notre-Dame Basilica is just on the outskirts.

Mont Royal Park
If the weather is nice and you feel up for it, a fairly easy hike up Mont Royal takes less than an hour and gives you the best view of the city. Don’t worry, it’s not a mountain, just merely a park with a hill. If you’d rather just lay in the park, it is nice for that as well. On sundays there is a massive drum circle that anyone can take part in.

Montreal Forum
Hockey is important in Canada but, in Montreal, it is life. The Montreal Forum is the former arena for the Montreal Canadiens and one of the most renowned venues in North America. Unfortunately, the building has since been turned into a multiplex theatre with shops and restaurants, but there are still pieces of the historic building remaining inside to see. Center ice along with a few seats are still intact. The Bell Centre also has a nice hockey setup outside the building, displaying statues or former hockey greats.

The Underground City
Because of the cold winters, Montreal has an entire underground city in the center to help residents cope with the season. Connecting buildings such as apartments, shops, banks, and museums, it is the largest underground complex in the world.

Atwater Market and Jean Talon Market
These are a bit farther from the center, but they are nice farmer’s markets with fruit, vegetables, cheese, bread and other local goodies.

Museums
If you’re wanting to relax and take it easy in the city, Montreal has some of the best museums in the country. The Museum of Fine and Contemporary Arts, Museum of Fine Arts, Canadian Centre for Architecture, Point-a-Calliere Museum and Holocaust Museum are all within the center of the city. 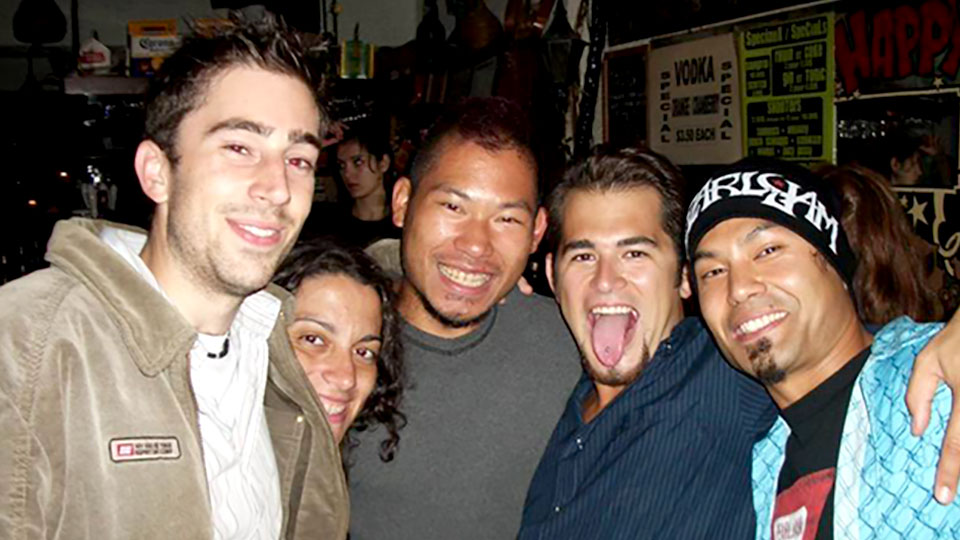 Schwartz – 3895 rue St-Laurent
Unless you’re vegetarian, you CANNOT leave Montreal without having a smoke meat sandwich with a cherry coke and a pickle. You’ll have to line up to get in but you’ll thank me afterwards. Sometimes they have their take-away deli opened next door as well. If you don’t want to wait in line, this is always an option but you miss out on the unique Schwartz’s ambience inside.

Ma’am Bolduc – 4351-4355 de Lorimier (just off of the east end of Avenue du Mont-Royal)
It’s a bit of a trek to get here from the center but it’s well worth it. You MUST have poutine while in Quebec and, if you don’t know what poutine is, read the book. During my summer in Montreal, I conducted a poutine excursion with a panel judges as seen in the video below. From this, we concluded that the Poutine Bourguignonne at Ma’am Bolduc was the best poutine in Montreal.

Montreal Poutine – 161 rue St-Paul Est (Old Montreal)
Located in lovely Old Montreal, Montreal Poutine is not just a clever name. They have a beautiful patio (or terrace as they call it) in the back and the setting is very nice. The setting is so nice that I actually worked here for a few weeks for fun. Don’t know if they will still remember me, but you can mentioned Jason from Vancouver with the video camera and see where that gets you. They always thought I was a Chinese spy trying to steal their recipes. They are mostly correct.

Fritz, La Belle Province and Lafleuer – various locations
These are chain places that specialize in poutine. If you’re not able to venture out too far from the center or you only have half an hour before show time, these are good options to give poutine a try.

Au Pied de Cochon – 536 rue Duluth Est (on a small street off of rue Berri)
If you want something more fancier and up scale, Au Pied de Cochon is the place. Their food is outstanding. It’s a little on the pricey side and you’ll have to make a reservation, but you’ll enjoy the food and atmosphere. And if you must have more more poutine, they have the foie gras poutine as an appetizer.

Garde Manger – 408 rue Saint-François-Xavier (Old Montreal)
I’ve not been to Garde Manger, but the celebrity chef there, Chuck Hughes, recently won on the Iron Chef with a lobster poutine. That has me intrigue. If you get a chance, give it a try and let me know how it is. 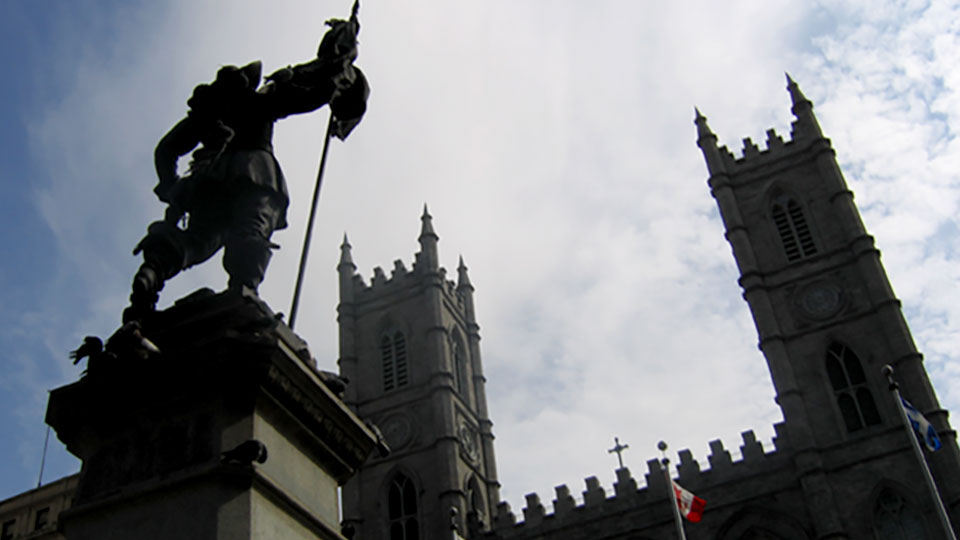 Montreal has some of the best nightlife in the country and there are plenty of places to go without the hassle that bars/clubs in other cities may have. The main areas for the bars are on rue Saint Laurent, rue Saint Denis, rue Crescent, rue Saint Catherine and their surrounding areas. Old Montreal also has some good places, but they may close a little earlier.

There are so many decent places in these areas that it’s hard to recommended any specific ones. Go out and explore on your own. But if you are too lazy to do this or can’t chose where to go, the Peel Pub off of Saint Catherine is not the classiest place, but it’s cheap and fun, while Bar St Suplice on Saint Denis has a huge patio in the back with a good atmosphere. These are just 2 that are easy to find and have lots of space.

Montreal is a great city and you WILL enjoy it.