While Hamilton sits in the most densely populated area of the country, Southern Ontario, it is sometimes forgotten about and often misunderstood. One might consider Hamilton a dump and recommend that you spend the day in nearby Toronto or Niagra Falls instead but, with help from local Christine Hamilton (no relations) and former local Paola Palazzo, we’ll try to paint a brighter picture of Hammertown.

When most people think of Hamilton, steel factories often come to mind. But there’s so much more beyond the smoke stack skyline. Not many people know but Hamilton has over 120 waterfalls making it the waterfall capital of the world. There’s so many great places to go for a fall or summer hike (bottles of wine are recommended): Tiffany Falls, Webster’s Falls, Albion Falls, the list goes on. Most of these sites are located along the beautiful Bruce Trail which follows the Niagara Escarpment.

Hamilton also has a thriving live music scene. Bands from all over, big and small, can be seen playing at venues like The Casbah, This Ain’t Hollywood, Corktown Pub, Slainte, Absinthe, as well as the Mohawk College and McMaster University bars on any night of the week. Local successes include The Arkells, Finger Eleven (Burlington), The Reason, Teenage Head and Tomi Swick – many of which can still be seen playing around the city.

The largest concert hall in the city is Copps Coliseum, located in the heart of downtown Hamilton. This venue offers events ranging from Cirque du Soleil to the Pearl Jam show in 2005 and this year, to of course AHL hockey games and the 1987 Canada Cup. There’s been much talk in the past of Hamilton earning an NHL team due to their overwhelming hockey culture, but for now, Hamiltonians enjoy supporting, arguably, one of the best farm teams in the league, The Hamilton Bulldogs.

If you’re looking for something trendy, check out Locke Street or the Westdale Village. Filled with cafes, restaurants, boutique shops, and even a few private art galleries, they’re great places to spend a few hours wandering with the hipsters. Both Locke Street and Westdale Village are popular hangouts for McMaster University students because they’re so close to the campus.

If shopping is your thing, there are some boutique shops on King Street downtown and Locke Street, along with some great shopping malls including Limeridge Mall on Hamilton mountain and Mapleview in Burlington. Time to prove the doubters wrong. 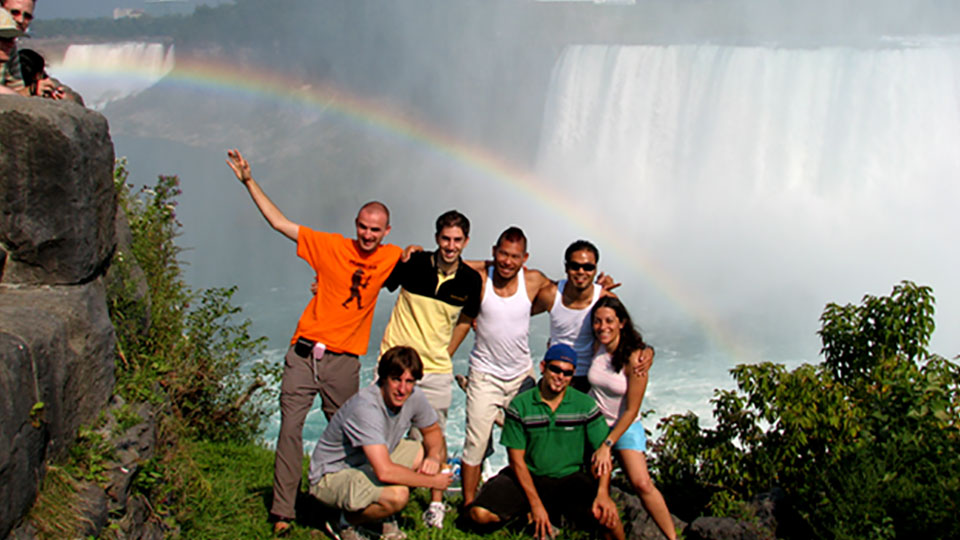 Niagara Falls
Hamilton is known as the city of waterfalls and, well, this is the most famous of them all. Take the hour drive to see one of Canada’s most popular attractions.

The Bruce Trail
The Bruce Trail waterfalls and hiking trails is a scenic walk/hike worth checking out for some magnificent nature. The Royal Botanical Gardens and Bayfront Park are also nice to walk through on a sunny day.

Dundurn Castle
Visit one of Hamilton’s most-recognized landmarks to discover Hamilton life in the 19th century.

Van Wagners Beach
Grab some ice cream or a drink from Baranga’s on the Beach. Try the best French Fries in Ontario at the legendary Hutch’s. Relax at the picnic tables or rocks on the beach. Go for a stroll or bike ride along the path. And if you’re in the mood for some fun, there’s Go-Karts, mini-putting and batting cages at Adventure Village.

Hess Village
Hess Village offers everything from laidback music joints, like Lazy Flamingo to more upscale settings like Koi. Augusta Street is for the more mature crowd, without being pretentious. It promotes the new “Gastropub” atmosphere (a bar/restaurant offering higher end selections of beer and food). Average pricing for both Hess Village and Augusta is about $7 a beer, $12-16 for a dish.

Canadian Football Hall of Fame
If you’re interested in American football, check out Canada’s version and visit the history of the CFL and Canadian football players.

Chuck’s Burger Bar – 94 Locke Street South
Chuck’s is a new restaurant in Hamilton and people are already buzzing about it like crazy. It offers fresh ingredients and unique dishes like the Lobster Poutine. It’s not a very large place and it gets busy at lunch so get there early!

Kampai Sushi – 236 King Street West
Definitely the best sushi in Hamilton! It’s probably the priciest but worth the money. Go visit Tom the Sushi Chef and grab a Love Boat. Spring Sushi at 1508 Upper James Street has great value, trendy & stylish atmosphere with an all-you-can-eat lunch for $13-15 depending if you go on a weekday or weekend. Kasa Sushi is located near McMaster University and it also has a nice setting including a fair-sized patio along with the all-you-can-eat lunch. Sapporo Sushi at 96 Main Street East is slightly pricey but excellent service and great quality sushi.

La Cantina – 60 Walnut St. S
A great Italian restaurant with a unique ambiance and atmosphere. Visit their website and hear what John Tesh has to say about them.

Chicago Style Pizza Shack – 528 Upper Sherman Ave
Eat-in or take-out, this homey traditional Italian restaurant has amazing pasta as well as extremely cheesy pizza pies – the Chicago way. And don’t forget to try the garlic bread! The pizza prices seem a little steep at first ($20-$30) but most patrons can’t have more than a slice or two because they’re so thick! Sharing is recommended! If you need more convincing, check out the reviews online. They’re all great! 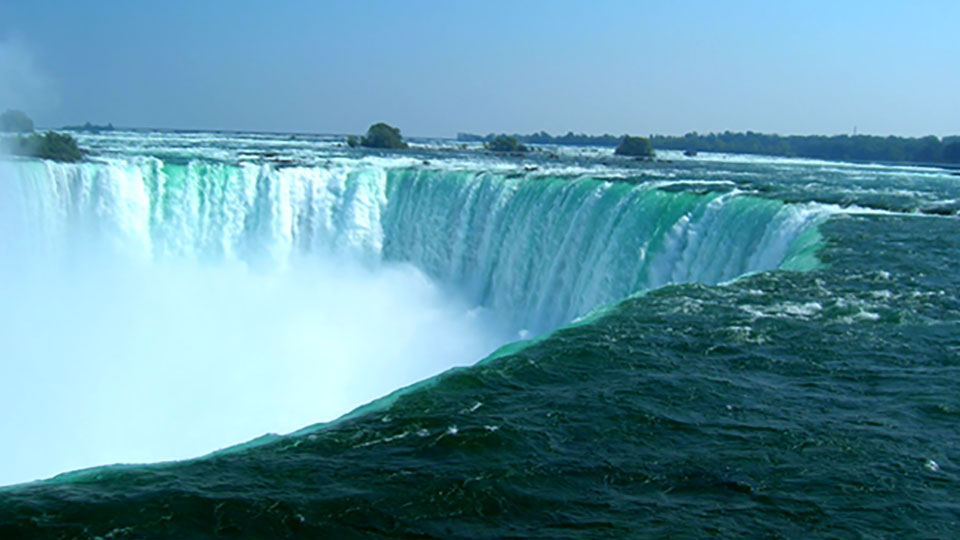 Hess Village
Hess Village was once a street filled with patios and live music. Over the last decade, Hamiltonians have seen this party district transform to posh bars and nightclubs, with mostly Mohawk College and McMaster University students on the scene. Koi and Sizzle are the two most popular joined nightclubs playing top 40s music while Rokbar also offers top 40s and also features famous live acts. There’s usually about a $10 cover at these clubs. Sidebar is a little hole-in-the-wall that offers cheap bar shots so there’s usually a wait to get in. And for those who are seeking a good local band and a bar rather than a club, check out Lazy Flamingo with some great local acts. This is perhaps one of the longest standing bars in Hess Village and it reflects how most of the bars here “used to be”. There’s no cover usually but there is a wait sometimes.

Augusta Street
Augusta is about a 20 minute walk from Hess Village, so if the nightclubs and miniskirts get to be too much for you, head over to one of the low key bars or Gastropubs on Augusta. Many Hess-goers of 5+ years ago are now heading to Augusta Street where you can grab a cold beer or some upscale pubgrub and relax on the patios, usually entertained by some acoustic music. Dress in Aususta is more casual than Hess Village.

Absinthe – 233 King Street East
Usually a $5 – $10 cover, there’s a wide variety of acts at this bar ranging from Motown nights to Electronic to Heavy Metal. People from all walk of life frequent this bar. Downstairs is usually playing some kind of dance music and MOTOWN on WEDNESDAYS! (Wednesdays get very busy). Check the website to see who’s playing.

The Casbah – 306 King Street West
Usually playing bigger(ish) names on the music scene and out-of-town acts. Lots of big names started out here. Cover is usually around $10. Casbah is next door to La Luna Restaurant – makes for a great night out.

This Ain’t Hollywood – 345 James St. North
Located in the infamous McKenzie House and established in 1893. This VERY modest bar offers some GREAT live music acts and drinks are relatively cheap.

Didn’t know there was so much to Hamilton did you? While some people call Hamilton the asscrack of Canada, it’s more like a freshly-showered asscrack with a nice Brazilian wax according to Christine 🙂 Come visit!

Have any comments or recommendations of your own? Am I way off on this? Please post your comments below.