In celebration of Pearl Jam’s 20th anniversary, director Cameron Crowe puts together a film to tell the story of Pearl Jam. Check out who made the credits under the additional footage section in the movie press kit below :). 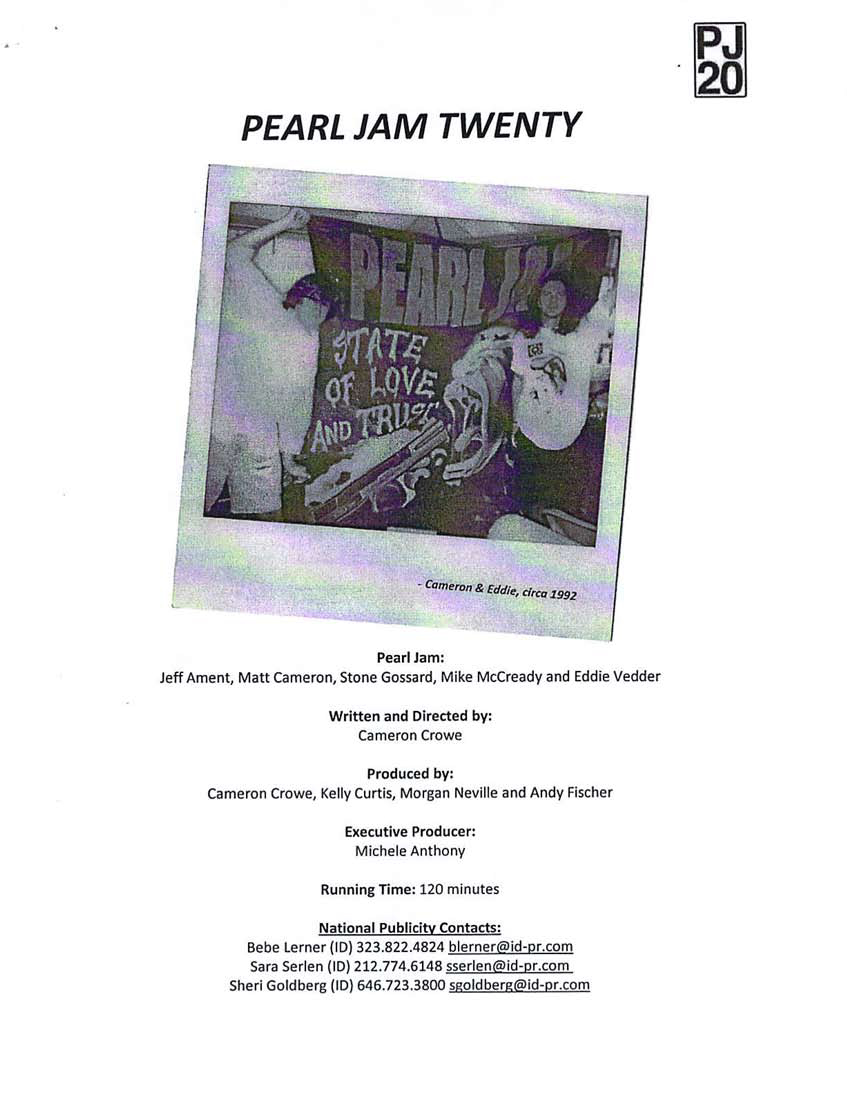 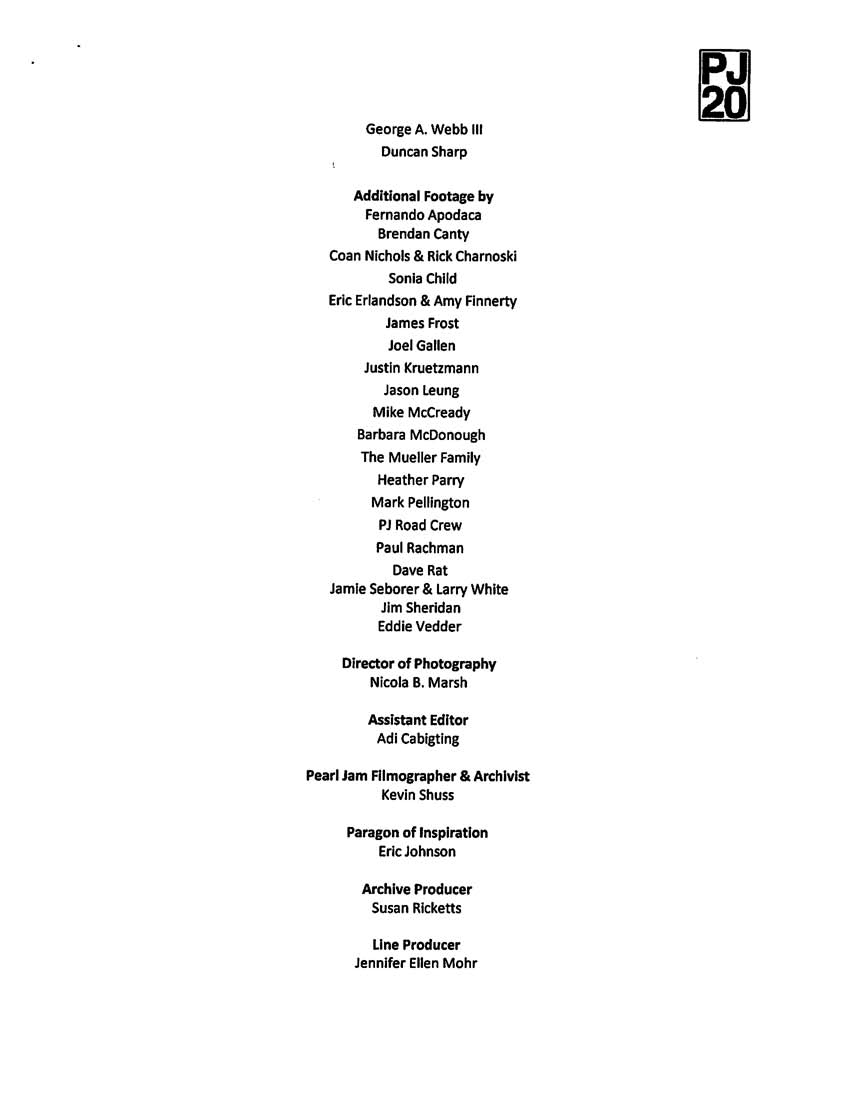 Thanks to Cameron Crowe, Andy Fischer, Barbara McDonough, Susan Ricketts and Tim Bierman for considering my footage for this exciting film. And also congratulations to fellow fan Sonia Child for her own recognition of additional footage as well.

Here’s the synopsis for the movie:

“Nine months after the release of their debut album Ten, Pearl Jam catapulted into superstardom. A few years later, they pulled back from the spotlight completely out of an instinct for self-preservation. The unintended consequence was a veil of mystery that has surrounded the band to present day. Yet, every moment in the band’s evolution was quietly documented by those closest to them since their inception. Cameron Crowe was among their inner circle.

Almost 20 years after the band’s inception, Eddie Vedder, Jeff Ament, Stone Gossard, Mike McCready and Matt Cameron gave their longtime friend permission to raid the vault and assemble from it the story no one but those closest to them ever knew.

Pearl Jam Twenty chronicles the years leading up to the band’s formation, the chaos that ensued soon-after their rise to megastardom, their step back from center stage, and the creation of a trusted circle that would surround them – giving way to a work culture that would sustain them. Told in big themes and bold colors with blistering sound, the film is carved from over 1,200 hours of rarely-seen and never-before seen footage spanning the band’s career. Pearl Jam Twenty is the definitive portrait of Pearl Jam: part concert film, part intimate insider-hang, part testimonial to the power of music and uncompromising artists.

And now, two decades in, Pearl Jam remains a giant musical force and one of the biggest, most magnetic touring acts in the world. They have sold over 60 million albums worldwid and hove collected a mountain of accolades along the way as they continue to create and perform great music – on their own terms.”

The film premieres at the Toronto Film Festival and screenings will be held on September 20, 2011.

We’ll be on the Pearl Jam Canadian Tour in the Touring Van but we managed to get our tickets for the screening in Calgary. Can’t wait.