Serving as a staging point for large-scale oil sands projects that occur in northern Alberta, Edmonton is the northernmost North American city with over million in population. It is mostly known for the West Edmonton Mall, the largest shopping mall in North America, and for being the city where Wayne Gretzky became a hockey legend. In fact, there is a statue of the “Great One” sitting outside of the Rexall Place, site of Pearl Jam’s show this September.

This was one of our favourite stops on the Canadian tour in 2005 thanks largely in part to an excellent Wishlist Preparty organized by Genevieve Olivier, who has also helped out with her local tips and recommendations for this writeup. This time around, she is putting on another fundraiser at On The Rocks so make sure you check it out.

For places to stay, Brad Laing has generously worked out a discounted group rate for Pearl Jam fans to many of the Canadian cities on the tour, including Edmonton. Check here for more information. There is also camping right inside the city, which most people don’t know about. Rainbow Valley campground is something people could check out if that’s what they like and want cheap accommodations.

Once you’re settled in and you’d gone to the preparty. It’s time to enjoy Edmonton.

West Edmonton Mall
West Edmonton Mall is no ordinary shopping mall, it is the largest in North America–and that’s huge. It contains over 800 stores and service, an amusement park, over 100 restaurants, a water park with its own beach and waves, a golf course and an ice rink. Shop til you drop and spend a week here if you’re into this kind of thing.

Whyte Avenue
A trendy area for shopping and restaurants, Old Strathcona has everything you need for a modern lifestyle in a historical district. There is also live music, entertainment and festivals on the Avenue for your enjoyment.

Jasper
If you prefer nature and don’t mind driving a few ours, Jasper is one of the best known national parks in the Rocky Mountains. It’s relaxed, despite it’s more rugged landscapes that other resort towns. Take the time and soak in the surroundings.

The Royal Alberta Museum and Art Gallery of Alberta
Tells the story about Alberta, spanning from the dinosaurs to first nations. The Art Gallery of Alberta is an impressive gallery that is a must see. Recently renovated, the former Edmonton Art Gallery now possess some creative architecture to go along with the exhibits inside.

The Legislative Grounds
The settings around the Legislative Assembly is somewhere nice to dangle your feet on a hot day cause there are a ton of fountains and a beautiful garden. 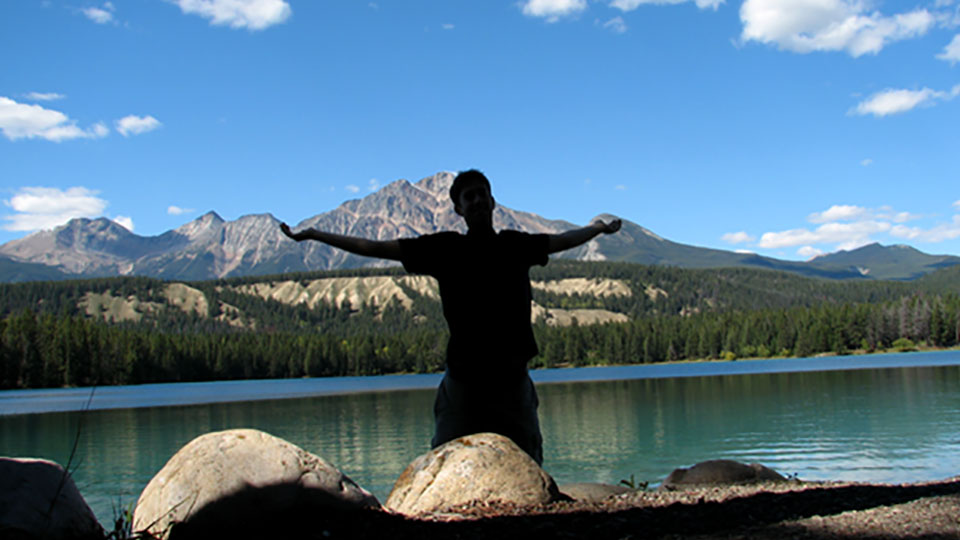 Zaika Bistro – 2303 Ellwood Drive
A new modern Indian bistro with great prices. Reviews are all great so give it a try.

The Crèperie – 10220 103 St NW
A unique affordable French Style Restaurant with a romantic atmosphere. They offer savory crepes filled with a choice of everything from seafood to vegetables.

Ziveli – 12202 Jasper Ave NW
Regarded as one of the best Greek Restaurants in town. Included in their traditional Greek and Balkan dishes are Serbian meatballs, roast lamb, moussaka and souvlaki.

Although Whyte Avenue seems to be the place to go, I wasn’t informed of any recommendations on nightlife in Edmonton so head back to On The Rocks and finish what you started at the Wishlist Preparty. We had a blast last time and ended up crawling into our van across the street and passed out.

Have any comments or recommendations of your own? Am I way off on this? Where are the hotspots to go at night? Please post your comments below.